Traditional Chinese Medicine (TCM) is a separate paradigm to Western Biomedicine rather than treating disease as defined by Western Medicine it works by addressing patterns of disharmony within the body. Disharmony in TCM refers to the relative balance of forces starting from the most primary Yin and Yang.

The Chinese characters for Yin and Yang refer to the dark and sunny side of a hill and that as the sun passes over the shaded side becomes sunny while the sunny becomes shaded. This is an example of natural harmonious transformation. In a person when natural process or balance of Yin Yang is disrupted illness can arise.

Yin and Yang are often described as a set of correspondences:

Substances and tissues of the body are also classified in relation to Yin Yang and each other, as an example Qi (functional energy) is Yang relative to Xue (Blood) and patterns of disharmony between Qi and Xue will create their own set of signs and symptoms. There are five vital substances in TCM Jing (Essence), Qi (functional energy), Xue (Blood), Jin (thin fluids) and Ye (thick fluids).

The Organs of TCM are not the same as Western Biomedical organs though they usually have some functional overlap. In some respects it is unfortunate that translated terms became in common use by practitioners.The organs in TCM also include the acupuncture meridian and have inter-relationships not understood by Western Medicine. 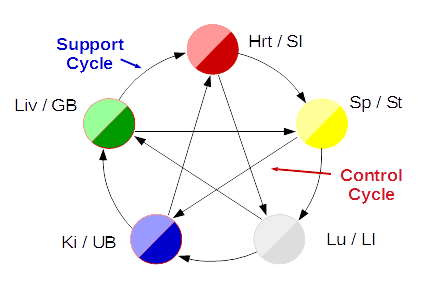 Call to request an appointment

Please note: David is not accepting new patients at this time. Existing patients can book using our online service.